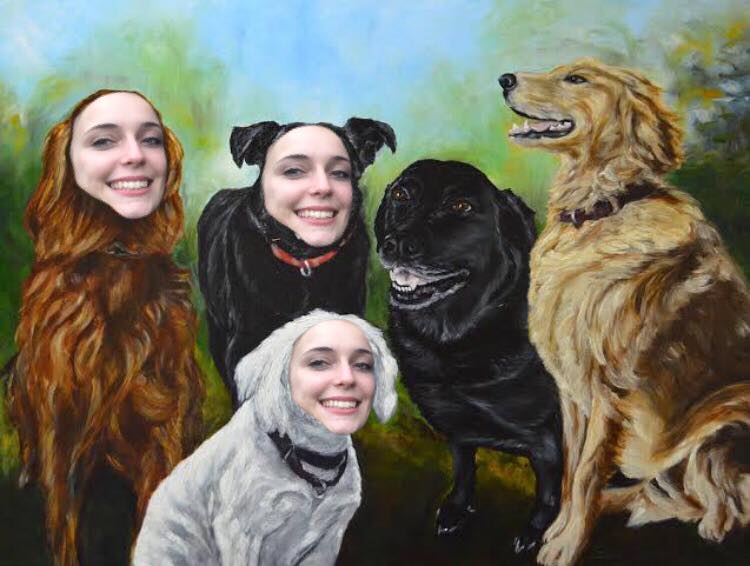 Innocently enough, I joined a canine shelter in Chiang Mai, Thailand to feel less like an unmarried house wife while visiting my boyfriend for who knows how long. With more time on my hands than merits even the faintest excuse for being unproductive, I have dedicated some time to filling a void in my heart: my parents’ unwillingness to give me a dog while growing up, and thus, ensuring I always feel very left out and sad.

An exaggeration of course, but still. At the age when everyone’s childhood dogs are beginning to die of old age, I can’t help but still feel little pangs of regret in my heart as I imagine the best friend I never had.

At times my desperate need for a puppy got way out of hand. During my parents “separation” at the age of 8, my mom facetiously offered me a proposition,

“If daddy moves out… we can get a puppy.”

I remember frightening myself with my immediate response, looking up from my tear-drenched pillow in my parents bedroom,

My mom, immediately regretting the proposition, quickly began petting my head, reassuring me, “No, no, Lily. Daddy won’t move out.”

She was right, obviously. I loved my dad. A lot. More than any puppy best friend thing. I didn’t know what I was saying. The thing is, it wasn’t my fault. Dogs make people go temporarily insane. I’ve seen it with my own eyes.

Take the canine shelter in Chiang Mai as an example. A few Tuesdays ago, I watched as drama unfolded because Mark, a white middle-aged American who drives a motorcycle three times his size, wants to exclusively walk the “shy” dogs, a group of six dogs that are still being trained to trust humans again. But other people like the shy dogs too. So they walk them any way. Even if the dogs were already walked. (Due to the large number of dogs <90> and the small number of volunteers <10>, the goal is to walk all the dogs and not pick favorites, leaving others out). And as the volunteers pass each other on the walk way they smile into each other’s eyes tempting the other to mention the fact that those dogs were already walked.

After the dog walking, volunteers huddle around gossiping about the people who walked the wrong dogs, glaring at the person from across the dog park.

In other extremes, I learned that one white English woman has rescued 30 dogs from the shelter. Yes- thirty. Thirty dogs she lets roam around in her back yard and feeds and pets and “loves”.

Thai people, conversely, have seemed to successfully foster a dog culture that does not interfere with a person’s sanity. Ignoring for a moment the Thai dog owners who abuse their dogs and send them to the shelter in the first place, of course. And the sad overpopulation of neglected stray dogs, too, let’s ignore that too.

But in Thailand, dogs walk around like little people. They promenade down the street, without a leash or collar, check out the scene, lie down on the ground, get their tan on, and sleep a lot.

And when the sun sets– it’s over. No more walking down the street, humans. The dogs on our block don’t even need to bark at each other to form into their mob and make rounds about the neighborhood. They just know it’s time. You can watch them from the safety of a building and remind yourself that the streets are no longer safe for you.

I respect it. The dogs can honestly just do whatever they want and the Thai people, as a result, can lead normal non-dog-obsessed lives, focusing on the good stuff like delicious food and driving around on motorcycles with medical masks covering their mouths.

Until I find a job, you can find me at the dog shelter trying to maintain peace and calm among crazed volunteers- feeling particularly sane myself.

2 Replies to “Of Dogs and Men”